BEREC held its 21st meeting on 4 and 5 December 2014 in Brussels (Belgium), hosted by the BEREC Office. The plenary meeting was chaired by the BEREC Chair 2014, Mr Göran Marby, Director-General of PTS (Sweden).

The meeting was divided into 2 parts, namely: meeting of the Board of Regulators and meeting of the Management Committee of the BEREC Office. The meeting was preceded by Heads’ workshops on 3 December 2014 dedicated to roaming and the forthcoming review of the EU Regulatory Framework for electronic communication networks and services.

The main results of the meeting are as follows:

Board of Regulators (BoR)

The BoR agreed that the MC Chair for 2016 and the MC Vice-Chairs for 2015 should hold the same positions in the BEREC Board of Regulators (BoR), to be referred to respectively as ‘BEREC Chair 2016’ and ‘BEREC Vice-Chairs 2015’.

The BoR approved for publication the following documents:

–          BEREC Guidance on the regulatory accounting approach to the economic replicability test (ex-ante margin squeeze tests) and the Report on the outcome of the PC on the draft Guidance;

–          BEREC Report on transparency and comparability of different roaming tariffs;

–          BEREC Monitoring Report on the implementation of the BEREC Common Positions on WLA, WBA and WLL – Phase I;

–          BEREC Questions to stakeholders for the preparation of the BEREC Report on oligopoly analysis and regulation.

III.        Documents approved for submission to the Commission

The BoR approved for submission to the Commission the BEREC Input to the Commission request for assessing the state of the wholesale roaming market and defining the fair use criteria for retail roaming services in the context of the European Parliament proposal “Roam Like At Home” (RLAH).

IV.       Documents approved for internal use

The BoR approved for internal use the following documents:

–          BEREC Best Practices regarding internet access in the consumer market;

–          Project Requirement Definition (PRD) documents for the implementation of the BEREC 2015 WP.

V.        Discussion on other important topics:

The BoR discussed the future of roaming in the light of the on-going discussions by the co-legislator on the Telecoms Single Market (TSM) initiative and decided to establish an Ad Hoc Group composed of Heads to work in connection with the International Roaming EWG in order to prepare a draft BEREC Opinion on roaming, which will be submitted to the BoR for approval by electronic voting procedure by 18 December 2014. The Ad Hoc Group will be chaired by the BEREC Vice-chair from HAKOM.

BEREC and the Group of Eastern Partnership Regulators for Electronic Communications Networks and Services (EaPeReg Network) signed a Memorandum of Understanding (MoU) on their future cooperation. In the light of the signed MoU, both sides discussed their future cooperation with specific emphasis on the activities to be performed in 2015.

The MC took note of the following information:

-        Information on the administrative complaints against BEREC Office brought before the Civil Service Tribunal by a former staff member,

-        Information on the transfers carried out by the Administrative Manager (AM) in the BEREC Office Budget 2014 in July-September 2014.

The next BoR meeting will take place on 26 and 27 February 2015 in Berne (Switzerland) and will be organised by the ComCom and BAKOM.The meeting will be preceded byaHeads’ workshop on market analysis in oligopolistic situations and mergers. 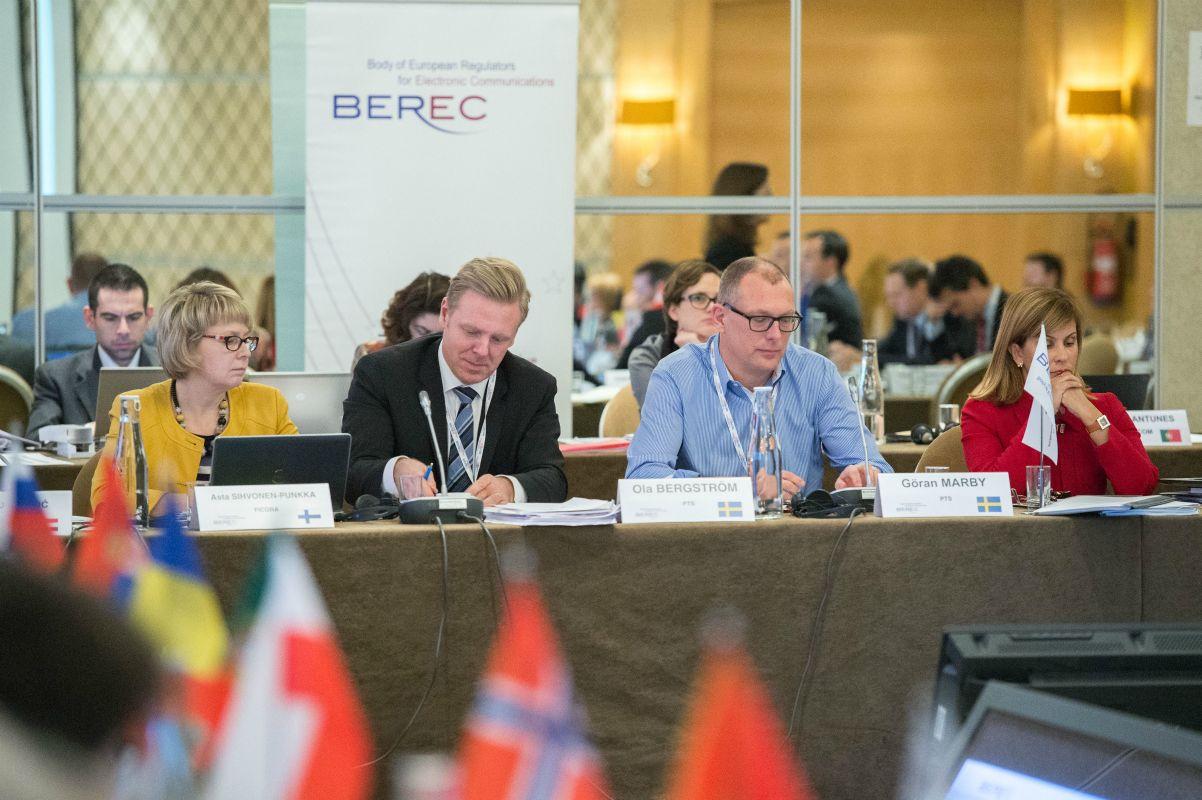